The Tennis world lost our best playing President! Thank you President Bush for your leadership, heart of service and passion for playing the game of tennis. Kian Vakilli winning the decisive match against Mid Atlantic 9-7 in the third set. 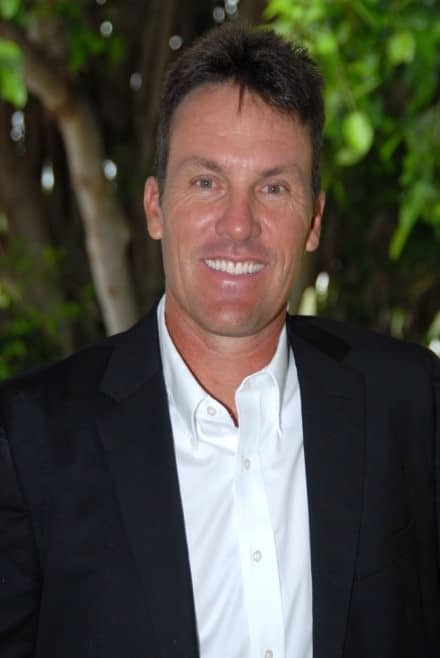 You would think tennis coach Scott Williams would have his hands full topping a 2017 that saw him awarded as the USTA Florida Jr. Competitive Coach of the Year and named the USTA Florida 16’s Inter-Sectional Team Coach. This was in addition to serving as volunteer director for the USTA Florida Diversity Camps, and on a personal level winning the Florida father/daughter state championships.

But now a little more than half way through 2018, the Boca Raton resident is well on his way to raising that mark.

This year he stepped back into coaching high school tennis when an opportunity came up at The King’s Academy, a Christian college-preparatory school in nearby West Palm Beach.

“The King’s Academy has never really had a tennis culture, outside of season,” he says of the K-12 school. “There was a lot of work to be done to start to build a foundation for the future teams to stand on. I hired two of my former head pros, Ryan Fitzwillliam from South Africa and Diego Paredes from Peru, to start helping me with an after-school club program that would be open to lower, middle, and upper school students throughout the year.

“It was a decision that I was reluctant to make at first as I had really enjoyed just being ‘dad’ the previous two seasons, watching my daughter Jasmine and my son Jaden play for the school.”

Williams and his daughter Jasmine earlier this year competed in their first father-daughter national tournament in West Palm Beach at The Club at Ibis.

“Chuck Gill and his team did an absolute fantastic job at running one of the best tournaments I have ever participated in,” Williams said. “My favorite part was the dinner that followed where we dined with our opponents who had beaten us earlier in the day. We laughed, caught up with one another, ate fantastic steaks, and then received a beautifully-framed picture of my daughter and I. Does it get any better than that?”

A man of great faith, Williams is president of Match Point Ministries, which has a mission statement of “Taking the gospel of Jesus Christ to the tennis world through missions, outreach, camps and coaching.”

The coach, who has worked with former ATP world No. 2 Tommy Haas, doubles world No. 1 Max Mirnyi, world No. 3 Mary Pierce and Anna Kournikova, now takes his talent to helping his high school players, who he says continue to teach him lessons.

“One of the most impactful moments of coaching tennis that I have ever experienced occurred this year when a player turned out for the high school team with a friend of hers,” Williams said. “She seemed to really enjoy the game and attending practices but she had an amazing sense of calmness about her. Her dad came to watch her play and I learned that he had been a high school coach years ago and had enjoyed hitting with her before her mom had become ill. The night before districts she was up most of the night with her mom who was rushed to the hospital with complications from her stage-four cancer. She played at districts and never let any of her teammates or I know that she had been up through the entire night at the hospital with her mom. It just meant everything to her and her family to have the opportunity for her to play the game. In June her mom went to be with the Lord, but I know that her mom, dad, and she herself never took one moment of this season for granted and were so grateful for her to have the opportunity to play the game of tennis.”

Also grateful for the opportunity to work with Williams and some of the top coaches in the state are the USTA Florida Diversity Camp participants. The one-day camps provide a one-of-a-kind experience for junior competitive players ages 12-18 who want to improve as tennis players while also learning about college scholarship opportunities, tournament and additional support opportunities, and the latest physical training techniques.

USTA Florida congratulates and thanks Scott Williams as the June 2018 Florida Tennis Volunteer of the Month for his dedication to serving diverse populations of kids throughout Florida, and serving school tennis in the Palm Beaches area.

My earliest tennis memory was…”Playing tennis with my mom using a badminton racquet.”

If I could play tennis with three people, they would be…”Doug Booth, Andy Gladstone and Jason Gilbert.”

When I am not playing tennis I am…”spending time with my family.”

I like to volunteer in tennis because…”the game of tennis enhances the lives of the people who experience it.”